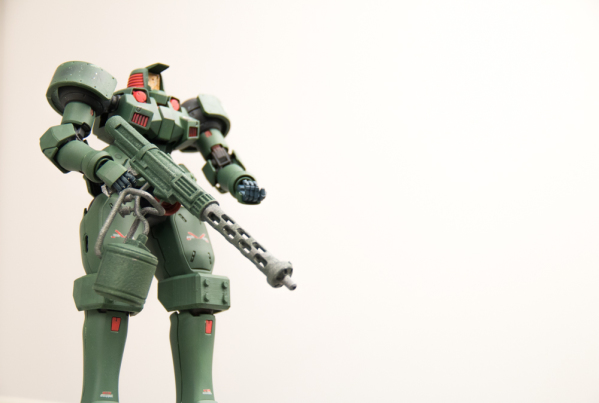 Since we started carrying more Gundam kits by the great folks at Bandai, we've seen a steady increase in people discovering that we  have them!

A few months ago, a thread on reddit's gunpla subreddit user and admin goodguydan shot me a message and asked if we could host a Gundam Build night. Us, being the savvy people we are (ha!) said yes! of course you can!

They've been meeting every Saturday at around Noon and hanging out until around 4. We're going to be having some demonstrations with regards to painting and detailing! Some of these folks have youtube channels and facebook groups on their own!

Backstept is a frequent visitor.

GoodGuyDan was the one who got the ball rolling.

We've had a bunch of them now and they've been great! There are people who just are starting, and experienced kitbashers as well! They usually bring down something for show and tell, and something to work on as well. (I'm a poet! -Mike)

They have been a pleasure to have in the shop and I encourage you to stop down and hang out some Saturday when they're here! I am sure you can learn something from them, I did!